Anxiety about doing math problems can be relieved with a one-on-one math tutoring program, according to a new study from the Stanford University School of Medicine. The tutoring fixed abnormal responses in the brain’s fear circuits.

The study, published Sept. 9 in The Journal of Neuroscience, is the first to document an effective treatment for math anxiety in children.

“The most exciting aspect of our findings is that cognitive tutoring not only improves performance, but is also anxiety-reducing,” said the study’s senior author, Vinod Menon, PhD, professor of psychiatry and behavioral sciences. “It was surprising that we could, in fact, get remediation of math anxiety.”

Even if they are good at math, many children feel anxious about doing math problems. For some, the anxiety persists throughout life, discouraging them from pursuing advanced math and science classes as well as careers that rely on mathematical expertise. Yet almost no attention has been paid to how to help alleviate this problem.

“Math anxiety has been under the radar,” said the study’s lead author, research associate Kaustubh Supekar, PhD. “People think it will just go away, but for many children and adults, it doesn’t.”

The new research was based on the idea that the principles of exposure-based therapy for treating phobias might also apply to alleviation of math anxiety. Phobias, such as the fear of spiders, can be relieved in affected individuals by repeatedly exposing them in a safe environment to the thing they fear.

The new study included 46 children in third grade. Before receiving tutoring, each child took a test that assessed his or her level of math anxiety. The children were divided into two groups — one with high math anxiety, the other with low math anxiety — based on whether their math anxiety scores fell above or below the median score for all of the children. They also completed standard neuropsychological assessments and were tested on simple addition problems while having their brains scanned via functional magnetic resonance imaging. The brain scans of the children with high levels of math anxiety showed activation in the brain’s fear circuits and so-called “fear center,” or amygdala, before tutoring, replicating a finding that Menon and colleagues published in 2012.

After the first fMRI scan, children participated in an intensive, eight-week tutoring program consisting of 22 lessons involving addition and subtraction problems. Tutors gave the lessons to each child individually. After tutoring, the math anxiety test and fMRI scans were repeated.

All of the children performed better on addition and subtraction problems after tutoring. The children who started the study with high levels of math anxiety had reduced anxiety after tutoring, while those in the low-math-anxiety group had no change in their anxiety levels.

After tutoring, the fear circuits and amygdala were no longer activated in children who had begun the study with high math anxiety, confirming that tutoring ameliorated the anxiety itself, rather than providing the kids with a coping mechanism that relies on other brain circuits.

“It’s reassuring that we could actually help these children reduce anxiety by mere exposure to problems,” Supekar said.

The researchers plan to conduct future studies to figure out what aspects of the one-on-one tutoring were helpful. Menon wants to test whether the interaction between tutors and students in a social context plays a role, or whether computerized tutoring can result in the same benefits and brain circuit changes.

“The tutoring has a standard protocol, but is also personalized,” said Menon, who holds the Rachael L. and Walter F. Nichols, MD, Professorship. “If a child is stuck at a particular concept, the tutor tries to get the child beyond the bottleneck in a non-negative, encouraging way.” Because the tutoring happens one-on-one, children do not have the opportunity to feel fearful about not performing as well as their peers, which may also help. “We need more research to understand that,” Menon added.

The researchers also want to investigate whether the anxiety-reducing effects of tutoring will persist as children move on to learning more complex problem-solving skills.

Other Stanford-affiliated authors of the study are postdoctoral scholars Teresa Iuculano, PhD, and Lang Chen, PhD. Menon is a member of the Stanford Child Health Research Institute.

The research was supported by the National Institutes of Health (grants HD059205 and HD047520), the National Alliance for Research on Schizophrenia and Depression and by an Atherton Investigator award. 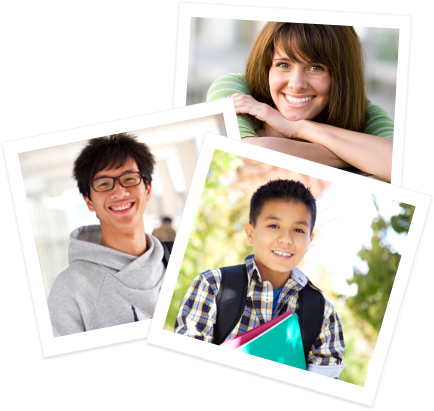